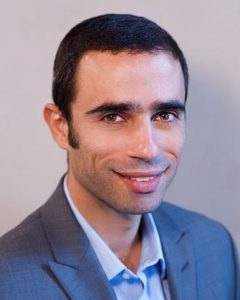 In his position of leadership, Mr. Hertz sets the vision for Hertz Investment Group by developing and implementing the overall business strategy for the company. This includes directing and overseeing all investments, capital events, management and operations of the portfolio.

For the past fourteen years, Mr. Hertz had served as Vice President of Asset Management, where he provided hands-on oversight for the company’s broad portfolio.

Mr. Hertz is a dedicated philanthropist through his family trust. He holds a master’s degree in Business Administration from the Stern School of Business at New York University. 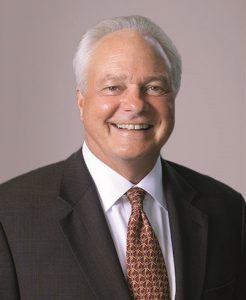 Prior to joining the company, Mr. Ingram worked for over 23 years at Parkway Properties, a publicly traded real estate investment trust, including eight years as Executive Vice President and Chief Investment Officer, and fifteen years as President of Parkway Realty Services. As EVP and CIO at Parkway, he led the acquisition of 63 properties and directed the sale of 58 properties representing 26 million square feet and $3.7 billion. Prior to that, he was Senior Asset Manager for approximately 3.8 million square feet of office properties throughout the South and Midwest. During his career, Mr. Ingram has negotiated the purchase or sale of 43 million square feet of office properties, totaling almost $6 billion in investment.

A graduate of the University of Mississippi (1978) and the Harvard Business School Advanced Management Program (2002), Mr. Ingram currently serves as Director on the Board of Mississippi Valley Title Insurance Company, Vice Chair of the Jackson Downtown Partners Board, President of the Greycastle Lakeowners Association and as Director on the Colonnades Condo Association Board. 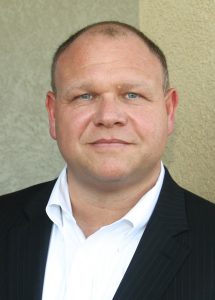 Before joining the company, Mr. Licht served as Chief Financial Officer and Chief Operating Officer of Vintage Capital Group, a Los Angeles based real estate and private equity firm founded by Fred Sands.  Prior to that he held senior financial positions at a variety of NYC based real estate firms including Thor Equities and Broadway Partners.  He began his career in 1989 with Deloitte, an international accounting and professional services firm.

Robert received his Bachelor of Science from Rutgers University and is a certified public accountant (inactive). 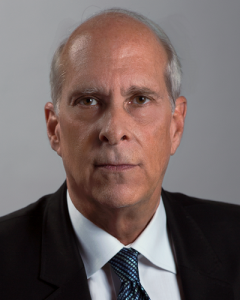 Mr. Dvorin has practiced commercial real estate law exclusively since 1984, with a primary focus on office, retail and commercial leasing. He has extensive experience in drafting and negotiating office, retail and commercial leases with a wide range of national, regional and local tenants. Mr. Dvorin joined HIG in 2014, after representing Hertz Investments as outside real estate/leasing counsel for many years. Prior to opening his own law practice in 2006, Mr. Dvorin was a senior associate with The Krasnove Law Firm (now Griffin Fletcher Herndon), a nationally recognized firm specializing in sophisticated commercial real estate transactions, where his practice emphasized commercial, office, retail and industrial leasing for a variety of institutional and entrepreneurial clients. In 1987, Mr. Dvorin became one of the first Certified Leasing Specialists in the nation through the International Council of Shopping Centers. A Dean’s List graduate of Loyola Law School in Los Angeles, he has spoken on leasing issues at numerous industry events and conferences, and is an active participant in various real estate associations. 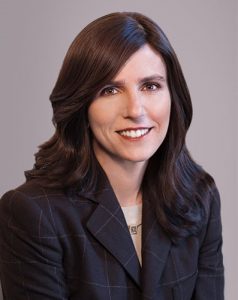 Mrs. Gordon joined HIG in 2013 and is currently overseeing the management of approximately 500,000 square feet of office space in Downtown and East Memphis.  She also coordinated the sale of Cincinnati’s historic Textile Building, a 213,000 square foot structure located in the Fourth Street Corridor of the city’s Central Business District.

Mrs. Gordon is a graduate of Stern College in New York City, and holds a master’s degree from Columbia University. 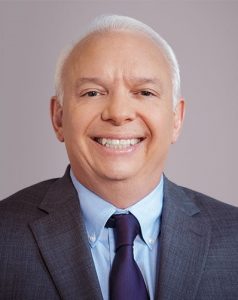 A financial executive with more than twenty years of experience in California commercial real estate, Mr. Brown joined Hertz Investment Group in 2007. In this role, Mr. Brown guides the budgeting process, plus the development of business plans for all of HIG’s properties. He also oversees their financial statements, monthly property reports, tax returns, and financial audits.

Previously, Mr. Brown was controller at Arden Realty – at that time the largest landlord in commercial real estate market in Southern California. He managed the co-development (with Lowe Enterprises) of the seventy-acre Howard Hughes Center, one of the nation’s largest mixed-use commercial developments. Subsequently, Mr. Brown was senior corporate controller for Westfield America, owner-operators of 119 major shopping centers worldwide, and then Vice President- Finance at Collier’s International, one of the world’s largest integrated real estate services providers. Mr. Brown is a graduate of California State University at Northridge with a degree in accounting finance. 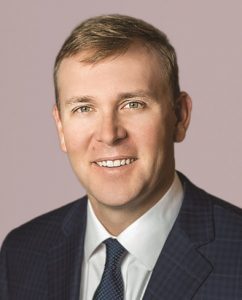 Working out of the Memphis regional office, Mr. Morgan is responsible for all leasing activity, budgeting, and supervision of a portfolio consisting of nine million square feet spread across eight states. Michael is also charged with developing and evolving tenant relations across the country.

Mr. Morgan brings a unique and insightful perspective to leasing. Prior to joining HIG in 2015, he spent more than eleven years at CBRE, the world’s largest commercial real estate services firm, as Vice President of Corporate Services. During his tenure, Michael successfully negotiated new leases, renewals, expansions, contractions and sublease dispositions totaling well over seven million square feet across the United States and Canada. Mr. Morgan is a graduate of Southern Methodist University in Dallas, TX (2002) where he received a Bachelor of Arts degree in Public Affairs and Crisis Management. Locally, Mr. Morgan serves as Director for the Boards of both the Poplar Avenue Business District, as well as the WGC-FedEx St. Jude Invitational PGA Golf Tournament. Mr. Morgan is a graduate of the New Memphis Institute Fellow Program for Emerging Leaders (2013). 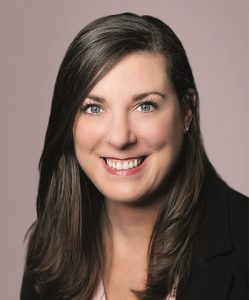 Mr. Ko is currently Vice President of Investment Analysis and is responsible for the Company’s underwriting of acquisitions and dispositions, as well as monitoring the performance of the firm’s investment portfolio. He also leads the investment team in financial due diligence and facilitates the financing process with various institutional lenders. During his tenure at the Hertz Investment Group, he has been responsible for evaluating new acquisitions from initial underwriting and risk assessment to conducting due diligence through final closing for over $1.5 billion of real estate transactions.

Prior to joining the Company, Mr. Ko spent 3 years as part of the investment sales team at Greenwich Group International – a real estate investment bank with over $30 billion in capital transactions, and serviced the Southern California region.  Mr. Ko began his career as a real estate technology consultant at REsolve Technologies which has subsequently been acquired by the CoStar Group.  Mr. Ko is a graduate of Boston University’s Questrom School of Business. 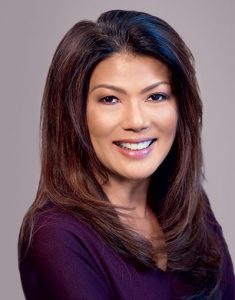 Ms. Iida is responsible for managing the interests of the investors, as well as coordinating the interface between the numerous parties involved in the ownership and management of an HIG property. She also has leadership responsibilities for various special projects, such as the content and production of HIG’s investment and marketing materials.

On joining HIG in 2000, Ms. Iida initially served as a Leasing Agent at their California Market Center and then moved on to Director of Leasing at their International Jewelry Center. In these roles, she managed a high volume of lease negotiations and was responsible for extensive tenant management.

Ms. Iida began her career as a leasing agent for a boutique brokerage house, and from there moved on to other entrepreneurial and corporate organizations, acting as a leasing agent for several leading real estate companies including Lendlease and Jones Lang LaSalle. A graduate of California State University Long Beach with a Bachelor of Science degree in Business Finance, Ms. Iida is also a licensed California real estate agent. 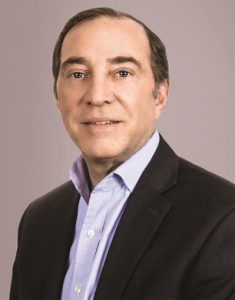 In 2015, Mr. Fishoff opened the New York office for HIG. For the past twenty years, he has been involved in financing and developing residential and commercial real estate projects in the New York area. He also serves as advisor and Trustee for the Fishoff Family Foundation, with investments in over twenty commercial real estate projects. He received his JD from New York University School of Law in 1982, and practiced law for several years at LeBeouf, Lamb, Leiby & MacRae.

Mr. Fishoff is active in philanthropies, serving on the board of several charity organizations, including Agudath Israel of America, a national umbrella organization which represents a myriad of Jewish interests, and the International Committee for the Preservation of Har Hazeitim, to preserve the oldest and largest Jewish Cemetery in the world. Mr. Fishoff also serves as the American Chairman of Yeshivas Mir Yerushalayim, the oldest and largest Talmudical Academy in the world. 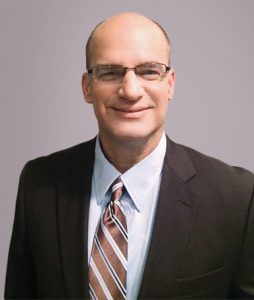 Mr. Otillio is responsible for asset management of the HIG’s New Orleans region, which includes over 3.6 million square feet of office space. He also serves as General Manager of the city’s largest skyscraper and home to Shell Oil Company: One Shell Square.

Mr. Otillio holds a Bachelor of Science degree in Accounting from the University of New Orleans and is a Certified Property Manager (CPM) with over 25 years of experience in the commercial real estate field. In 2008, Mr. Otillio was selected as a guest speaker at the BOMA Region Conference, and has developed Emergency Preparedness policies and procedures for three property management organizations. Professional speaking engagements have included property management topics such as emergency preparedness, operating expense recoveries, and financial forecasting/budgeting during his career. In 2005, following Hurricane Katrina, he was responsible for oversight of the $40 million repair and renovation project for One Shell Square.

Mr. Otillio is the founder and Chairman of the New Orleans Families of Spinal Muscular Atrophy (FSMA) Bowl-A- Thon fundraising event and for several years served as Director of Charitable Events for the Krewe of Thoth. 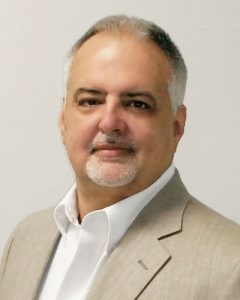 Mr. Schloegel joined the Hertz Investment Group in 2002 as a Chief Engineer of Poydras Center in New Orleans. As the Hertz Investment Group acquired additional properties in New Orleans and surrounding areas, his role expanded regionally. In 2014, Mr. Schloegel was promoted to his current position. With over thirty years of experience in commercial properties, Mr. Schloegel has proven expertise in building operations, construction management, budgeting, project management, emergency response, preventative maintenance, tenant relations and energy efficiency. Combined with his strong knowledge of electrical, mechanical and roofing systems, Mr. Schloegel is a valued member of the due diligence team. 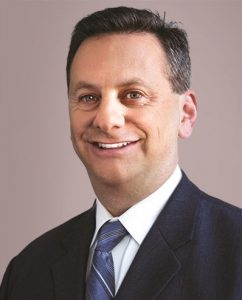 With over 25 years of parking experience in the areas of leadership, operations and financial management, Mr. Isrow has vast operational experience with office buildings, mixed-use developments, airports, universities, hotels, sports venues and hospitals. Most recently, he was responsible for all parking and transportation management for a top university in Southern California. Prior to this, he was a senior executive responsible for several notable locations such as the three major New York airports (JFK, LaGuardia, Newark), STAPLES Center in Los Angeles, and The Offices of South Coast Plaza, in Orange County, CA.

Mr. Isrow earned a Bachelor of Science degree in Business Administration from the University of California, Riverside.